What mainly characterizes Cuban culture is the mixture of African and European tradition, which is noticeable above all in music but also in poetry, for example.

Cuba’s most versatile writer in the 19th century was José Martí, who was a leading figure in modernism and at the same time active in the Cuban struggle for independence.

During the 1958–1959 revolution, several Cuban cultural figures joined forces with Fidel Castro, including the novelist Alejo Carpentier and the poet Nicolas Guillén, who is considered the country’s national poet.

Cuba became a cultural center for a time, but after only a few years, the political climate hardened and cultural figures who did not share the regime’s views were persecuted, such as the poet Armando Valladares and the author Ángel Cuadra. Many other famous writers have left Cuba, such as Cabrera Infante, Herberto Padilla, Jesús Díaz and Zoé Valdez. René Vazquez Diáz has been working in Sweden since 1975, writing a trilogy about Cuba: The Time of the Mirage, The Island of Love Flower and Foolishness and Love.

According to the constitution, artistic creation must not run counter to the revolution. All book publishing is therefore controlled by a state institute as well as all film production and distribution. However, that has not stopped directors like Tomás Gutiérrez Alea and Juan Carlos Tabio from making fairly outspoken feature films (Strawberries and Chocolate, Guantanamera).

Cuba is known for its rich musical tradition that has sprung from the mixture of Spanish and African music. In the 19th century, the Cuban habanera influenced both European and American music life, which left traces in Bizet’s opera Carmen as well as in New Orleans jazz. Other Cuban styles of music, such as rumba and son, influenced Caribbean music throughout the 20th century. Salsa music has developed in Cuba as well as the dances mambo and cha-cha-cha.

Conjunto Folklórico Nacional is a prominent dance troupe dedicated to preserving Afro-Cuban dance. The Ballet Nacional de Cuba, which was founded in 1948 by the internationally active dancer Alicia Alonso and which stands for a classical European tradition, has even greater prestige.

The visual arts have been developed during the 20th century by artists born around the turn of the last century. The country’s most famous artist is Wifredo Lam. Poster art is well developed in Cuba, where propaganda signs line the roads both in cities and in the countryside. 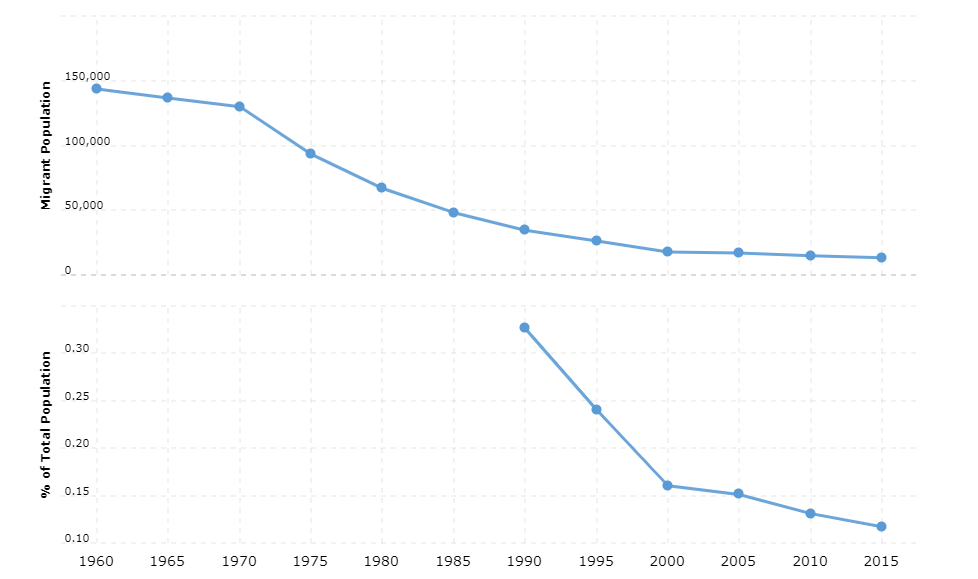 President Raúl Castro will remain in office two months longer than planned. It is clear since Parliament decided that elections to the mighty Cabinet should take place on April 18. The members of the Cabinet are appointed by Parliament. The President of the Council automatically becomes the President of the country. Actually, a new Cabinet of Ministers would be appointed in February, but the election has been postponed in time due to the reconstruction work following Hurricane Maria’s devastation in September. Raúl Castro, who became president in 2008, has long announced his resignation as head of state and government but is expected to retain the post of leader of the Communist Party until the next partisan 2021. As a possible successor to the presidential post, Vice President Miguel Díaz-Canel is mentioned.

SMS to the US is allowed

For the first time, Cubans have the opportunity to send text messages to American mobiles. The change is being implemented despite the American-Cuban thawing weather coming off since Donald Trump became president of the United States.

According to Abbreviationfinder, the Cubans go to the ballot boxes to elect representatives to the country’s municipal councils. All candidates are approved by open ballots at party-supervised neighborhood meetings. Three opposition groups – OTRO18, Candidates for Change and Pinero’s Autonomous Party – had tried to get 550 independent candidates nominated but failed before the elections. A spokesman for OTRO18 says the government has used a number of measures to prevent opposition candidates from being nominated, including various forms of threats, temporary arrests and other legal action.

US restrictions come into force

The restrictions in the exchange with Cuba presented by President Trump in June are now in effect. It is forbidden for Americans to do business with a number of tourism-owned companies owned by the state or the military. Furthermore, Americans are no longer allowed to visit Cuba on their own (see March 15, 2016) but must travel with a group and have a special purpose for the visit that is not tourism, such as exchanges in culture and schooling.

The United States is voting no for a raised trade embargo

The United States returns to its habit of voting no when the UN General Assembly carries out its annual vote on a resolution calling for the lifting of the US trade embargo on Cuba. In 2016, the United States abstained for the first time.

The Deputy Head of Cuba’s Post Office announces that the direct mailing between the United States and Cuba, established in March 2016, has been interrupted since six months. In March 2017, the agreement expired with the charter company flying the mail, and Cuba’s requests to send the mail by regular flight have not been answered by the United States, the post manager states. Since March, the mail is thus sent again via third countries.

Mystery of health problems at the US embassy

The United States expels 15 Cuban diplomats since about 20 employees at the US embassy in Havana suffered from health problems and were called home from Cuba. It is highly unclear what caused the health problems in the form of, for example, headaches, nausea and hearing loss. Among the speculation is the idea that the Cubans would have generated sound waves that affected the embassy staff. When the diplomats are examined after returning to the United States, doctors believe that they have suffered from a new form of brain disease. US Secretary of State Rex Tillerson announces that the number of employees at the embassy in Havana will be kept at a minimum level until Cuba can guarantee staff safety.

The government stops the distribution of new licenses for self-employed persons in nearly 30 industries. This includes restaurant operations, room rentals, street sales of agricultural products, taxi operations (in Havana), brokerage, home appliances and electronics repairs, app development and private tuition. Later, the stop is extended to a total of 75 industries. The government announces that it is only a temporary measure, but does not specify how long it will be in force. Behind the decision lies partly the problem of collecting taxes from self-employed persons and partly a concern that individual self-employed people earn too much money and thus block the growing gaps in society.

By a large majority, the European Parliament approves the agreement on political dialogue and cooperation with Cuba signed in December 2016. The agreement is considered a response to the US’s tough stance on Cuba since Donald Trump became president. But in a non-binding resolution, the European Parliament at the same time calls on the Union to work for the democratization of Cuba and for the release of political prisoners in the country. Cuba’s parliament condemns the resolution as an interference with the country’s internal affairs.

New restrictions are being introduced by Trump

US President Donald Trump presents his Cuba policy in Miami, Florida, where many exile Cubans live. Trump has criticized the ongoing US-Cuba thawing weather and the easing of the US sanctions implemented by his representative Barack Obama, but Trump is now not making as big a departure from Obama’s policy as expected. Trump says some restrictions on travel to Cuba should be reintroduced and he bans business deals with companies in the tourism industry owned by the Cuban military. However, he does not tear up diplomatic relations between the countries and does not impose any new trade sanctions, although Trump remains adamant about the 1960s trade embargo that still prevails. Direct flights from the United States to Cuba are allowed to continue and cruise ships can continue to call Cuban ports.

The opposition complains of harassment

The opposition alliance MUAD, which plans to stand with more than 100 candidates in this fall’s local elections, says that the authorities have harassed several of those who are planning to run for office. According to the alliance, at least five candidates have been threatened with losing their jobs, prosecuted for crime or seized their property.

A Cuban regime critic, Eduardo Cadet, is sentenced to three years in prison for “showing aggression” against an official. This should have happened when Cadet was arrested outside his home at the end of November 2016. According to Amnesty International, Cadet was jailed for expressing criticism on foreign media about Cuba’s longtime leader Fidel Castro who passed away a few days earlier.

In light of the thawing weather between the US and Cuba, President Obama repeals the rules that gave Cuban refugees the automatic right to stay in the United States. Obama believes that the same laws should now apply to Cubans as to other refugees / immigrants. In 1966, an American law was passed that gave Cubans who spent a year in the country the right to stay. Almost thirty years later, then-President Bill Clinton decided that Cuban refugees found at sea would be sent back while those who managed to land could stay (the so-called wet foot / dry foot rule). US rules have attracted millions of Cubans to escape to the United States over the years and the Cuban government welcomes Obama’s decision.

The Cuban human rights organization CCDHRN states that the number of arrests of dissidents increased sharply in 2016. The CCDHRN announces that the organization has documented 9,940 cases of arbitrary arrests, the highest figure since 2010. According to CCDHRN, harassment of oppositionists increased sharply ahead of President Obama’s historic visit to Cuba in March 2016 Most of those arrested in 2016 were released again.